“By the year AD 802,701, humanity has evolved into two separate species: the Eloi and the Morlocks. The Eloi are the childlike, frail group, living a banal life of ease on the surface of the earth, while the Morlocks live underground, tending machinery and providing food, clothing and infrastructure for the Eloi. Each class evolved and degenerated from humans. The novel suggests that the separation of species may have been the result of a widening split between different social classes, a theme that reflects Wells’s sociopolitical opinions.” – “The Time Machine” by H.G Wells

This blog is going to be a journey to explore some inter-related social issues that I am personally and professionally interested in. It’s a reflection of my views on current events, and frankly, whatever else I feel like writing about. I encourage discussion and commentary, but my preference is for disagreement to be solved by examining facts rather than opinion. It’s also  place for me to work on my writing, and work through ideas and opinions until they’re refined enough for wider consumption.

The title reflects my thesis about the state of American society in 2014. We’re reaching a point where society is so safe and comfortable that the social/economic mainstream can’t even understand the real world, only their rarefied version of it. More important, instead of making an effort to understand, they are more interested in demanding that the world conform to their ideal, or rejecting reality if it’s uncomfortable to think about. I’m not the only person to see this. Scottish social and cultural commentator Gordon P. Clarkson has termed contemporary Mass Culture “Eloi Culture” as he claims that it is creating a society of unthinking passive consumers of “meaningless trivia”.

The name ‘Eloi’ may be derived from the ancient Greek word ‘Eleutheroi’, which referred to free men, or men of leisure. In all the iterations of “The Time Machine”, the Eloi have undergone significant physical and mental deterioration. Having solved all problems that required strength, intelligence or virtue, they have slowly become dissolute, frail animals, living a life of play and toil-less abundance.

I call this “Eloi Privilege”. Eloi Privilege is the implied right to live such a safe and comfortable life that the mere mention of the existence of danger or struggle results in panic and moral outrage.

Like the Eloi in “The Time Machine”, beneficiaries of Eloi Privilege are so timid that anything that reminds them of their symbiotic relationship with the Morlocks (the people who exist to do the dirty work that allows them to live such a safe, peaceful existence) is upsetting.  They react by demanding that it be made to go away. It’s easier to not think about it.

The sad fact is that human society will always need Morlocks. The Eloi – an idealized, enlightened culture of peace, and artistic expression, perhaps our better selves – can’t exist without them. For reasons I’d like to explore in this blog, though, I feel that the mainstream culture is moving in the direction of livestock that can’t tell a heard dog from a wolf. They are equally afraid of both, resenting the dog that protects them not only because it reminds them of the wolf, but because the need for the dog to exist reminds them that they are powerless to protect themselves and have to rely on a less-idealized brute to do it for them.

“People sleep peaceably in their beds at night only because rough men stand ready to do violence on their behalf.” – George Orwell 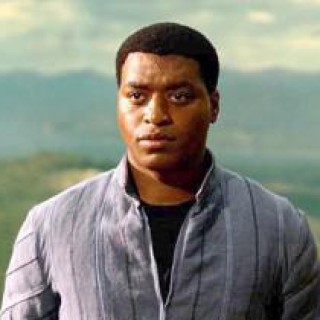